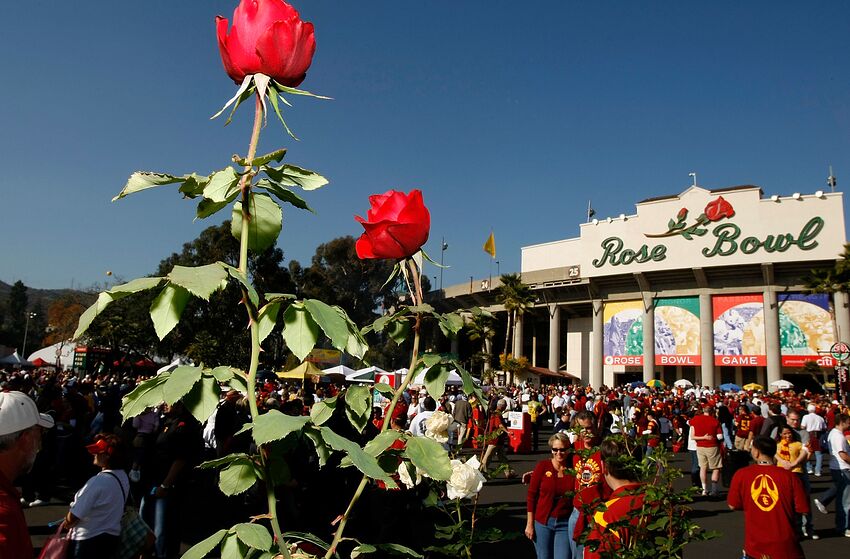 PASADENA, CA - JANUARY 01: Fans enter the stadium before the game between the USC Trojans and the Penn State Nittany Lions at the 95th Rose Bowl Game presented by Citi on January 1, 2009 at the Rose Bowl in Pasadena, California. (Photo by Harry How/Getty Images)

Just like that, Penn State football is back in the discussion for the Rose Bowl.

A week ago it looked like either the Outback Bowl or the College Football Playoff, but no in-between. The New Year’s Six picture is very crowded and the Citrus Bowl would likely pass on Penn State due to their agreement with the Big Ten.

With Minnesota’s loss in Iowa City last week, Penn State is the second-highest ranked Big Ten team again. The Nittany Lions are not quite a lock for the Rose Bowl, but if the following sequence of events plays out and nothing 2007-esque happens, Penn State will be in Pasadena for New Year’s Day:

Essentially, according to this sequence, this Penn State football team just needs to beat Rutgers. Ohio State would beat everyone else out of the Rose Bowl.

Of course, if Penn State beats Ohio State they’ll be in the playoff conversation again but they would get no less than an NY6 bowl.

The Orange Bowl and Cotton Bowl are still technically on the table, but Penn State’s path to an at-large bid is very unlikely right now. The SEC should have four teams going to NY6 bowls. The Pac-12 should have two. If Baylor gets revenge on the Sooners in the Big 12 Championship game, there’d be two Big 12 teams in NY6 bowls.

Then there has to be an ACC team in the Orange Bowl if it isn’t Clemson. The highest-ranked Group of Five teams would get an automatic invitation to either the Orange or Cotton Bowl. So it’s messy right now. But due to the Big Ten’s agreement with the Rose Bowl, that one is a possibility for Penn State again.

So Penn State football fans should hold off on any Tampa plans for now.