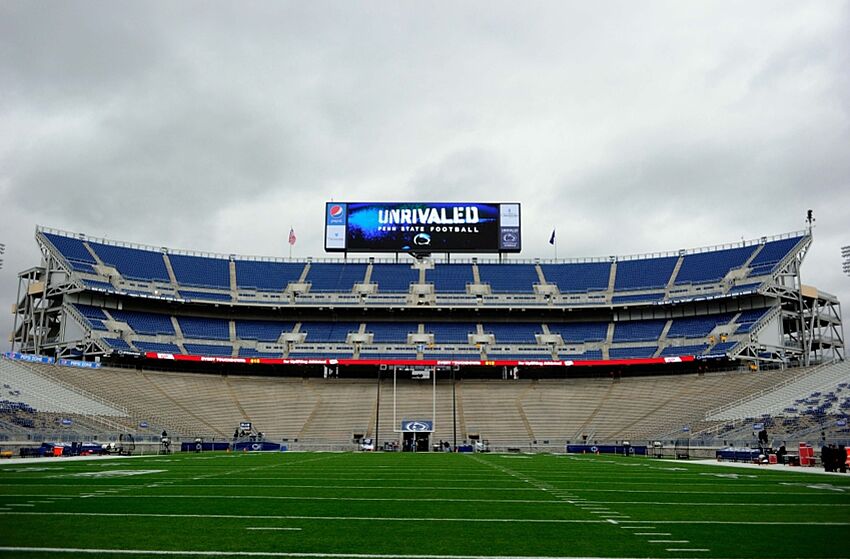 Penn State landed its 19th commitment for the 2016 recruiting class when Aaron Mathews decided to play for head coach James Franklin and the Nittany Lions. Mathews is a 3-star athlete from Clairton, PA. Mathews sent his decision out on Twitter on Saturday after the Nittany Lions lost to Georgia in the TaxSlayer Bowl.

This recruiting process was fun I’d like to thank all my coaches that helped me throughout! pic.twitter.com/KxWPcv9xyY

Mathews is an interesting recruit due to his versatility. He was recruited by several schools as both a wide receiver and a defensive back. Penn State officially recruited him as an athlete and could possibly turn him into an outside linebacker or even a defensive end.

Listed at six-foot-five, 190 pounds, Mathews already has a good frame to work with. There is still time for him to develop, especially when he gets on campus and gets into the team’s workout program.

A native of the Pittsburgh area, the Panthers were heavily recruiting Mathews. However, he was excited to pick up a Penn State offer on December 27 and he didn’t waste much time making a final decision. Aside from Penn State and Pittsburgh, Toledo was the other school that seemed to be in the running for Mathews. West Virginia was also in the mix for the versatile prospect.

With the commitment of Mathews Penn State now has 19 recruits for its 2016 class.